Creative South: Where Inspiration is Contagious

Last week, we had the opportunity to attend Creative South in Columbus, Georgia for the second year in a row. To say it was amazing would be an understatement. As creatives, much of our time is spent taking on the challenges of companies who need help with the visual communications and experiences their clients receive. Even though many would like to believe we’re superheroes, we need to rest and recharge every once in awhile.

Things started out with a kickoff party on 14th Street Pedestrian Bridge which is located on the Georgia/Alabama border. The symbolism behind being in the middle of two places gave us warning early on that we wouldn’t be leaving the event the same. This wasn’t your average party; and even though many of us were meeting for the first time, it felt as if we’d known each other for years. To be a part of a group of individuals with such passion for what they do was inspiration enough.

Following the excitement of catching up with old friends and making new ones was the exceptional Ink Wars. Six artists, armed with an eight-foot canvas and markers, set out to illustrate their rendition of the theme “Moonshine”. It was captivating to see each person illustrate their with vastly different styles and visions of the theme. With only one hour from the concept to finished version, it was certainly an experience that had everyone crowding around.

The night was capped off with the best fireworks show we’d ever seen! To think this was the just the first night of the conference left us excited for returning the next day.

The Heart of Creative South

One should note that Creative South isn’t like your average conference. It’s real, not just about learning but based on experiences. It’s emotional and even has the possibility to make you shed a tear or two. Each interaction and each story shared was shared from a place of vulnerability and honesty. It gave us the opportunity to really take in what was being said. Ego was left aside and humanity shined through.

Some of the talks that really stood out to us had the theme of endurance running through them. One of our favorite talks was by Shauna Panczyszyn, who shared with us the struggle and moments of hurt she went through early in her professional career. Shauna chose to send out positivity, and if you meet her, you’ll know she’s one of the sweetest people in the industry!

Embodying the definition of keeping things real was Jason Craig. His humble story was one many drew strength from. It doesn’t hurt that he is insanely talented. To be around him and listen to him share his story was a unique experience that by the end made you feel recharged and renewed to take on life.

We were humbled to not only meet but hear Tad Carpenter speak. His kindness and excitement is contagious. He had a unique way of making everyone feel uniquely valued and appreciated. He spoke from a place that put elitism aside and truly embraced just how amazing it is to be a creative. We sometimes take for granted how lucky we are to do what we do and Tad reminded us of that.

There were just so many amazing people and speakers that impacted us over the weekend. We learned, cried, and really understood how blessed we are to have been able to experience Creative South.

Attending Creative South was fun, but for us the takeaway was so much more. We often take for granted the little things, and in an age where overnight success seems to be prevalent if an idea is cool enough, the journey behind  that can be forgotten. Creative South exposed those raw emotions and truly brought us together as family.

Now is the time to face the things we’ve deemed as difficult. Now is the time to stand for something more than just a life of seeking money and fame. It doesn’t matter if you’re nine or ninety, as long as there is breath, there is an opportunity to make a difference. It doesn’t matter what people say, or even what they think. At the end of the day, it will only be an opinion and life goes on. No one can find your purpose in life but you.

Your story is far from over if anything its just getting to the good part. We are called for a time such as this. The gifts and talents that we have are not always what’s relevant. The choices on what to do next will be difficult, but we can only learn from what we do. Nothing great happens overnight. We will struggle and fail but every second will be worth it.

We can’t wait until next year, but until then, we’ll keep on creating. 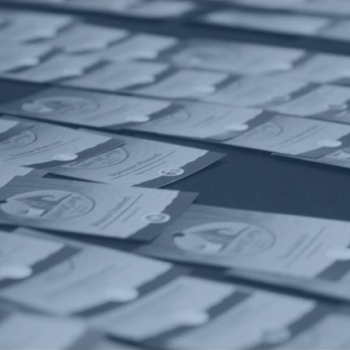 A Community Beyond the CMS